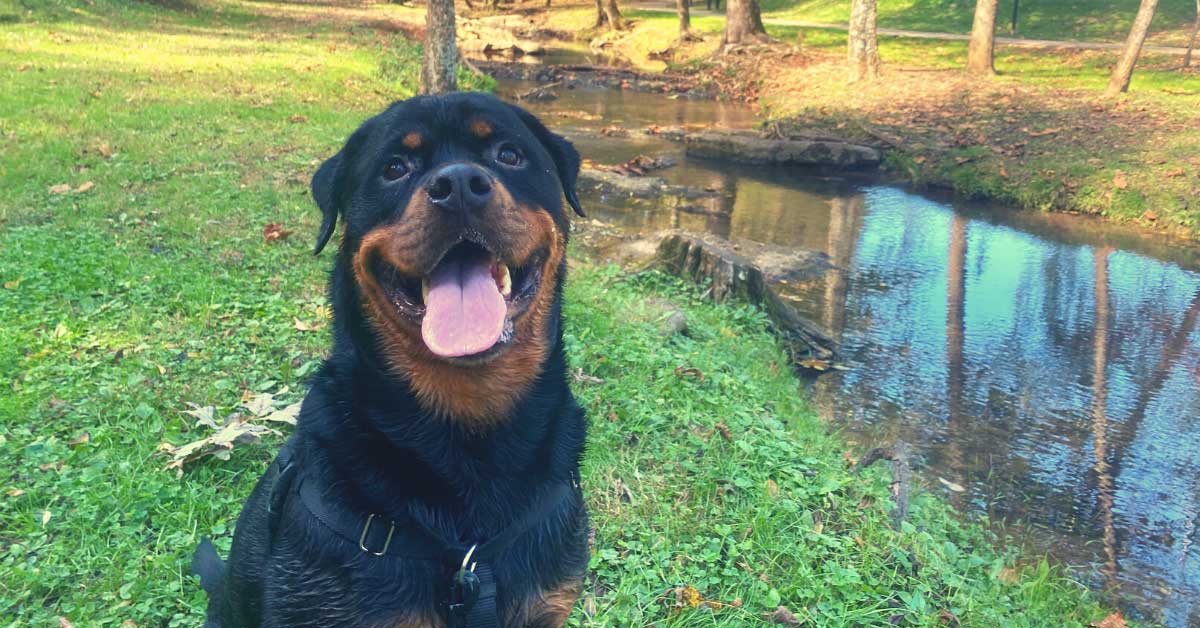 New dog parent's want the best for their new dog or puppy. We go on our first shopping trip to pick out the food our dog will eat, the cozy beds they will sleep on. Each little detail done with the best intentions. Every dog owner we come across, is trying to make the right decision for their dog. When our dog trainer's met with King's owners, it was obvious they had the biggest heart for their dogs and had made every decision for their dogs with the most care. King had been through dog training already, a high dollar one at that. They had spent a lot of time socializing him from a young puppy after adopting him at eight weeks. They did all the things you are supposed to do. So why were they calling dog trainers for help?

We had a great discussion about King's behavior history at a complimentary meet and greet with his owners. At one year old he started to get more selective with his dog friends and by four years old he was trying to eat the new pet sitter. Our dog trainers were seeing his obvious and direct aggression towards all strangers dogs and humans alike. At 100 lbs, that was no small risk for his family to manage. For his family this meant, avoiding public outings, avoiding guests, no pet sitters for vacations. Seeing his breed a lot of people would mistakenly think this was "dominance," breed related guarding, or just a mean dog. Our trainers saw many signs of stress in King and noticed his lack of confidence. This wasn't a confident dog guarding his home, it was a scared dog feeling like he have no choice but to go into fight mode for his and his family's sake. So where is the fear response coming from? The fear couldn't be from a lack of exposure, after all King HAD been socialized. He had been trained. He had been to dog day camp. King had had the same owners from eight weeks old. Maybe it was breed or genetics, or maybe something else?

Our trainers made a personalized training plan for King and put it into action over a six lesson dog training course.

The classical conditioning part of King's dog training plan made lightbulbs go off for his family. As we were giving him yummy snacks for each person and dog he saw in an attempt to build a positive association for King, he started to look forward to seeing them and he relaxed more and more. His family then knew exactly what caused King to grow aggressive towards strangers. His first trainers were using e-collars to apply stimulation when King was excited in his youth to see other dogs and people. His trainers were trying to punish away the excitement instead of encouraging the calm and all they really accomplished was making King see every person and dog as a representative of pain and stress. The grief they felt over that realization was so heartbreaking. They didn't know, the trainers had them test it on their arm, the trainers described it as feeling like a "tap" but with levels zero to a hundred or more around the neck, King was feeling more than a tap. He was feeling stressed. It's really not fair that there are so much different dog training techniques, dog training tools, and options for dog owners to have to weed through. Dog owners are doing the best they can with they info they have, they aren't behavioral scientists after all. Actual behavior scientists have spoken on the issue though. Adding negative stimuli has been found in countless studies to cause anxiety and aggression in the long term regardless of short term training gains.

Over six dog training classes with our positive dog trainers, King learned everything with enthusiasm. He was a smart and eager learner, under fair working conditions, of course. Turns out people and others dogs are pretty cool actually. By lesson 2 he was trusting his trainers and by the end of it all he had a committed pet sitter who he loved and his parents took their first vacation in three years without the dogs in tow! The most important lesson was learned by King's parents. They now knew how to manage fearful behavior, how to encourage and form positive behaviors, and how to understand their dog on his level.

Would you like to talk about a training plan with one of our trainers? They can help you decide on the right dog training program for your dog from private lessons, to day training, group classes and our luxury board and train program! Schedule a complimentary Meet & Greet using the pet portal!